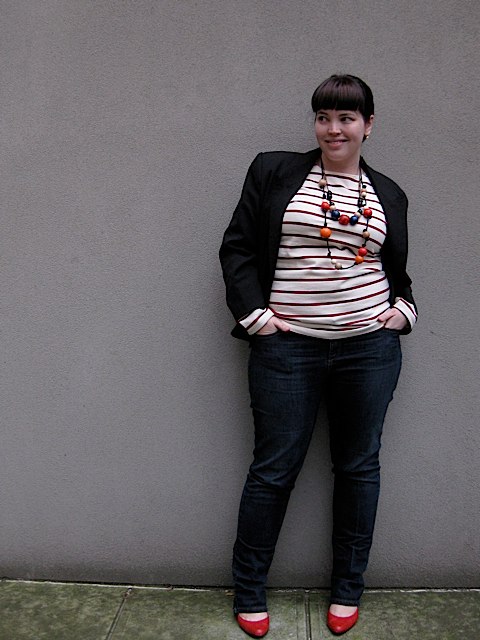 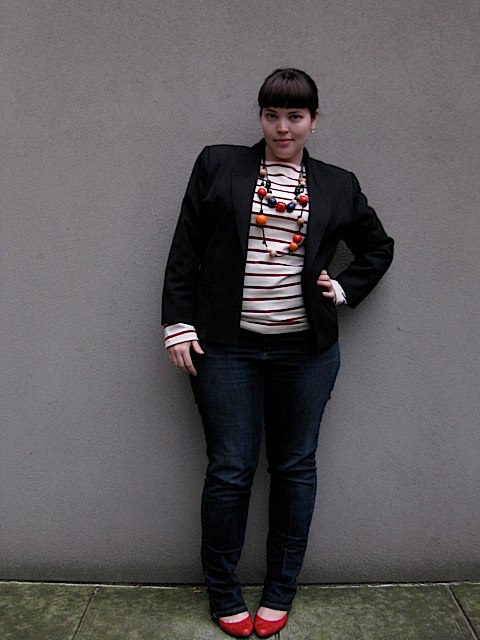 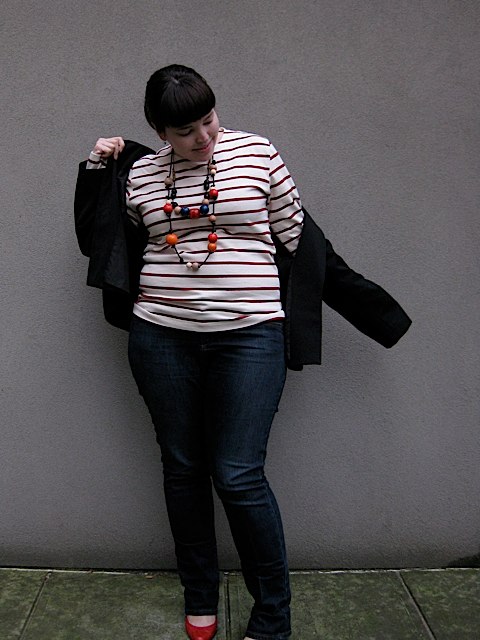 I’ve never owned a blazer before, but after seeing both J from Fatshionable and Gabi from Young Fat and Fabulous (among others!) rocking the look I thought I’d hunt one down and see whether I could pull it off myself. It’s that kind of androgynous styling that’s never been one of my strong suits, but I particularly like the way Gabi teams them with ultra-short dresses, and I thought it was something I’d like to try come the warmer months.

I tried lots of shops, and everyone had them (it turns out blazers aren’t one of those things you’re going to have to search for – most stores have at least one version on offer) but the current trend is on tapered waists, and I wanted something more boxy so I ended up trying Savers in Brunswick who had dozens of the things on offer, and I managed to snap this one up for a mere $12. 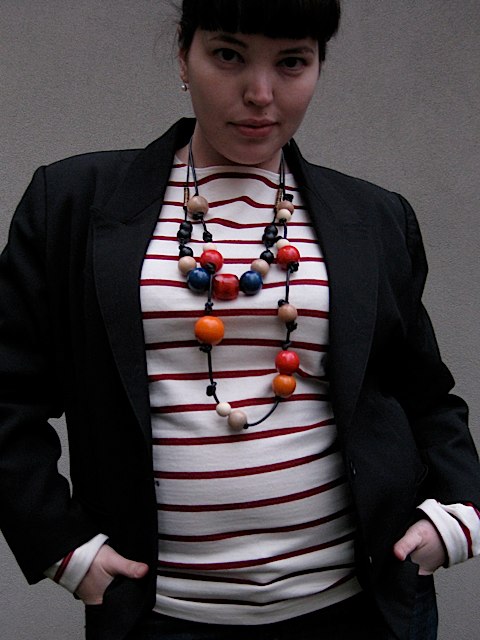 The necklace was made for me by a girlfriend, and it’s great fun. She’s made the lengths adjustable, so it’s really versatile.