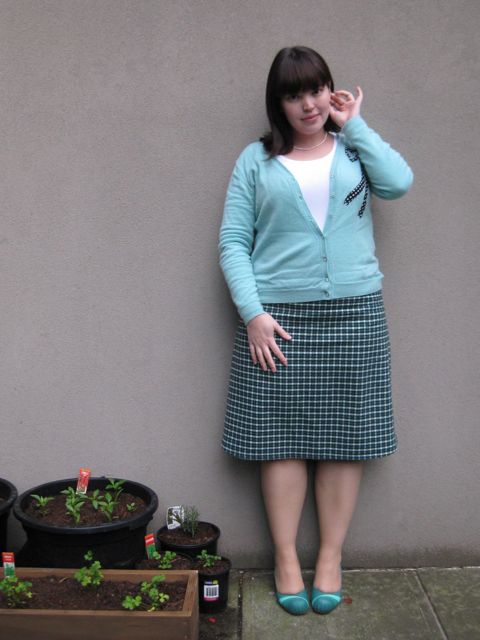 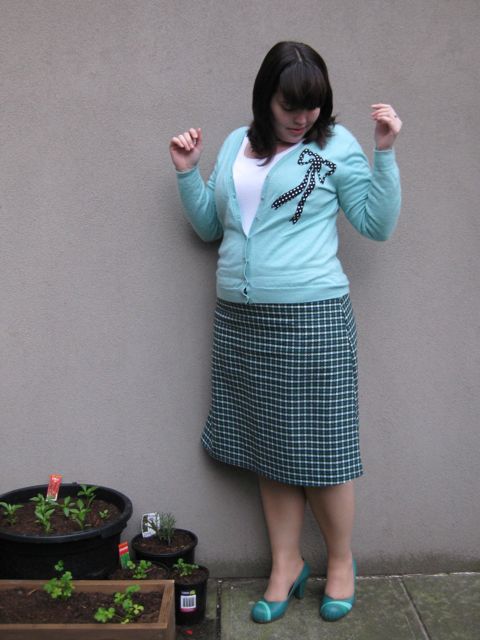 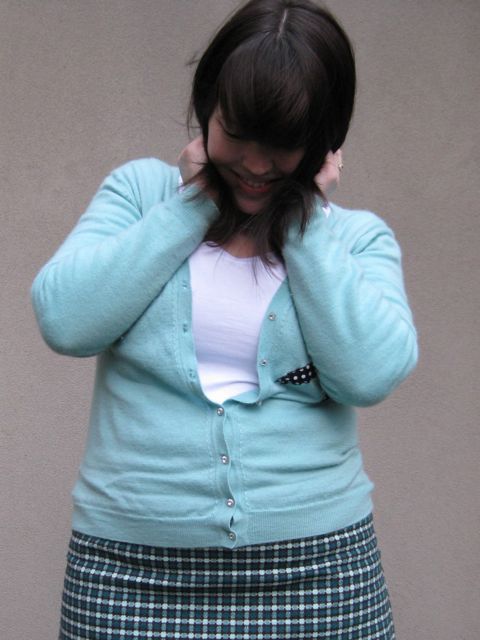 Well, it really doesn’t seem to be getting in warmer in old Melbourne Town, though I was up in Sydney at the start of last week, and spring’s definitely sprung elsewhere in the country.

I’m all matchy-match today in my sea-blues and aqua’s. I’m so delighted with this skirt – I’m really pleased I decided to buy it, because it just works so well with such a myriad of tops, and it always looks good, and flatters beautifully. There really is nothing like a perfectly-fitting a-line skirt, is there?

This one one cardigan that doesn’t seem to have had much of an outing this winter, which is a shame, because it’s so soft and snuggly, and it’s the first piece of cashmere I ever bought for myself, so I’m a bit nostalgically attached to it, too. It doesn’t bear much of a resemblance to the cardigan I originally brought home from 8Inkerman though. I swapped the plain blue buttons for little rhinestones (then dubbed it my “Tiffany” cardigan), then when baby-Suki clawed a hole in it I had to re-mix it with a big applique bow, and it was re-imagined again. What’s next? As the underarms wear through I’m tempted to lop the sleeves off and make it a vest, or maybe swap them for little puff-sleeves made of the same fabric as the bow… anything goes!