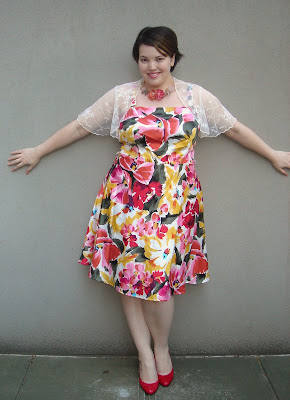 In case you didn’t know; I am a girly girl.

As a child my favourite colour was pink.
I took ballet.
I had lots of dolls.
And I would not, on pain of death, wear trousers. It was all skirts, all the time.
Which just goes to prove, the more things change, the more they stay the same.
It’s coming into the Spring Racing Carnival in Melbourne at the moment, which means that everywhere I looks there are dresses, dresses and more dresses! And this season’s ultra-pretty florals and full skirts are like my childhood dream wardrobe, so I’m going a little crazy here.

The one saving grace for my bank balance is that in most of this season’s delicate florals and pretty pastels I look just this side of religious nutter so instead I have to opt for the less common bold prints and bright colours. 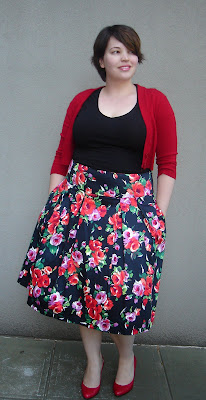 I just LOVE this Portmans skirt, and once I got over the shock of fitting into it (since when did the Portmans size 16 get so generous?) I wondered why I hadn’t seen it before.

It would appear that Portmans made two versions of this skirt – the one I own, and a second identical skirt in a pretty pink and red Monet-esque print of blowsy roses. The second skirt is the one that went into general production and can be found instore currently. The first ended up in the clearance centre, where Lilli, in a fit of great excitement snapped it up for a song. There’s more out there girls – keep your eyes peeled!

It has deep pockets (hurrah!) and a full skirt (double hurrah!) and – wait for it – a tulle petticoat. Yep, that’s right. It’s practically a tutu (swoon!!)

Also on the bright florals topic, today I picked up my new (now remixed) Nordstrom dress from the dressmaker: 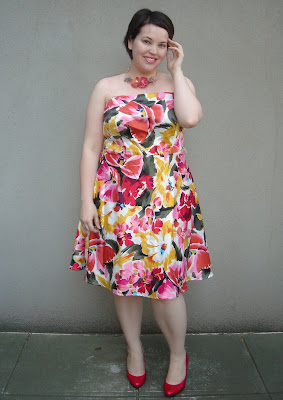 I bought it at the same time as my new handbag and it was basically just an add-on because I couldn’t bear to put my first Nordstrom order through, and not get some gorgeous frock.

It was drastically on sale, which is good. But it arrived, and was at least two sizes too big, which is less good, and after the cost of taking it in, taking it up, and giving it straps (because if I can possibly avoid strapless bras, I will) it was considerably less of a bargain than it had started out as.

It came back from the dressmakers a bit shorter than I had expected, and I’m not sure the straps were such a good idea after all, but it’s still a lovely dress that looks like it was made for romantic picnics in the botanical gardens. I wonder if Himself will get the memo?

11 thoughts on “Coming Up Roses”