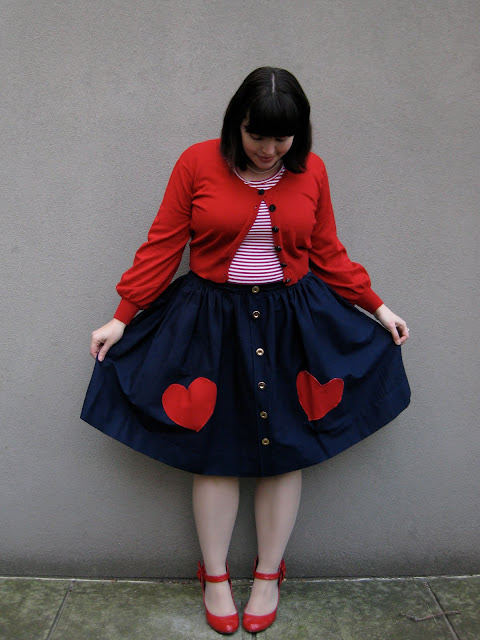 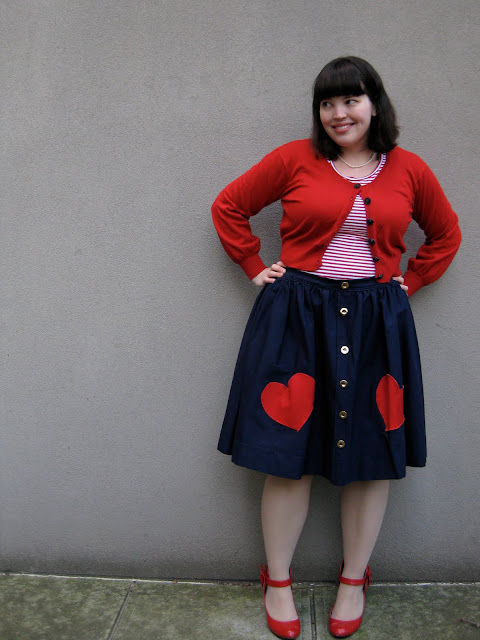 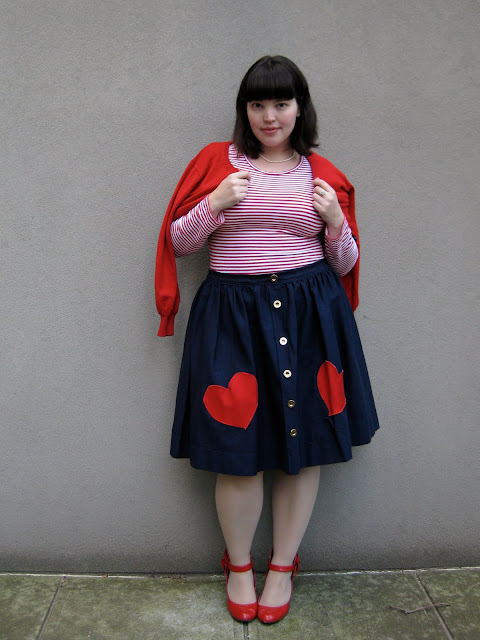 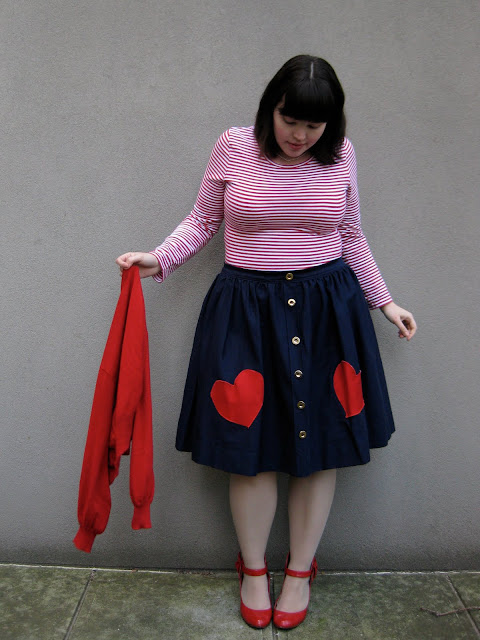 Top: Giordano
Cardigan: City Chic
Skirt: DIY!
Shoes: Schuh
A few weeks ago I spotted a navy blue skirt with heart pockets at Forever New which quite caught my fancy. It was too tight, too short, and the pockets – which were the same colour as the skirt as itself – didn’t stand out nearly enough for my tastes, so I decided to have a go at DIYing my own version of the same. I didn’t feel too bad about ripping them off, since as you can see they seem to have pinched the style themselves from Top Shop: 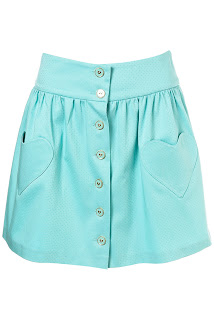 I actually used a dress pattern and tweaked it, but to be honest it was such a basic DIY that you could probably whip one up easily sans-pattern. Like my elasticised waist skirt it’s basically a few yards of fabric gathered into a waistband.

I mocked up a placket and sewed buttons on it myself, but it doesn’t actually open, the skirt fastens with a zipper at the back. To make the heart pockets I used the same applique technique that I used to remix my stripy Dorothy Perkins Top but I used iron-on interfacing on the backs of the hearts to give them a bit more sturdiness, and I left them open at the top so they were functional.

I was thinking it’d actually be an easy remix for any plain skirt you might have sitting in the wardrobe, or you can check the racks at your local thrift shop, too for a cheap and cheerful DIY.

23 thoughts on “DIY: Queen of Hearts”