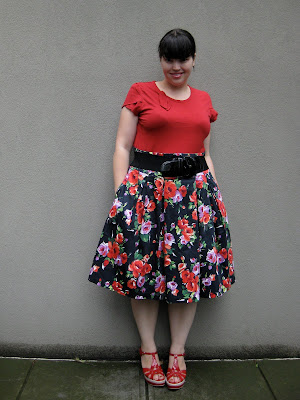 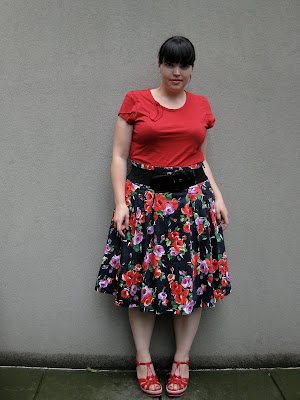 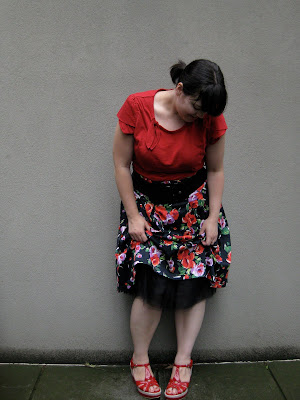 Top: Katies
Skirt & Belt: Portmans
Shoes: Fillipo Raphael
It’s been an almost unbearably muggy and miserable day today, but in the early afternoon we finally got some rain, so hopefully the cool change has arrived.
I’m doing some preparation for the first remix project of Frugal February, but I seem to have a list of things-to-do as long as my arm: I’ve been sorting through my wardrobe doing a drastic cull for my upcoming post-frockapalooza eBay sale, plus I’ve been doing my biannual ironing marathon (so that I don’t run out of clothes during my no-buy month!). I’ve also downloaded the pattern for the Dr Who Scarf (from here), which I’ve promised to knit for the Sophisticate. And there’s work, or course.
It’s terrible, because with the humidity all I want to do is mooch around wearing not-much-at-all and doing even-less…